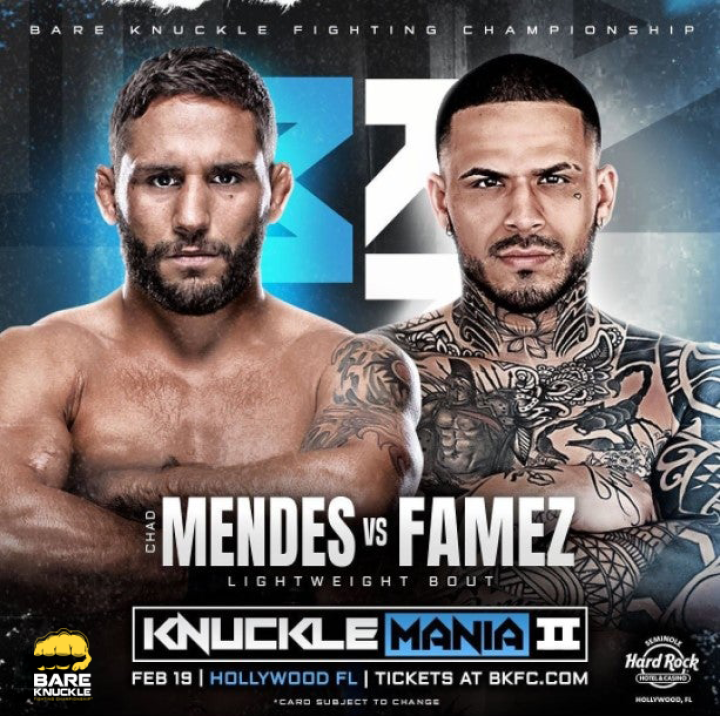 Sparks, Md.—It's no secret that Crescent Tools is recognized industry-wide for their hard-hitting selection of heavy-duty hardware - but their latest partnership looks to truly have the rest of the tool industry up against the ropes as well.

On February 19th, Crescent Tools will be tapping into a new demographic of lifelong customers: fight fans.  In addition to sponsoring Bare Knuckle Fighting Championship's Knucklemania II, this hard-nosed hardware company will be sponsoring former UFC featherweight, Chad Mendes, as he looks to secure his first victory in the young fight league.

"We are excited to be partnering with BKFC and (former UFC fighter) Chad Mendes!" says Crescent Tools' Director of Marketing, Lucinda Rinzel.  "The BKFC circuit has such a passionate fanbase and we're thrilled to have the opportunity to leverage their platform and reach even more professional tool users."

Chad Menges, a former PAC-10 Wrestler of the year and two-time collegiate NCAA wrestling All-American, was a top UFC featherweight fighter from 2011-2018, and currently shares the UFC record for the most KOs in that division with Conor McGregor (6).

The Bare Knuckle Fighting Championship prides itself as "the sport of the future" and promises fans a knockout event.  This powerful partnership comes after Mr. Mendes announced he'd re-enter the ring after a 3-year retirement from UFC.

And now, with Crescent Tools in his corner, Chad Mendes is sure to come out swinging at BKFC's Knucklemania II on February 19th.

About Bare Knuckle Fight Championship
Bare Knuckle Fighting Championship (BKFC) is the first promotion allowed to hold a legal, sanctioned, and regulated bare-knuckle event in the United States since 1889.  Based in Philadelphia, and headed by President and former professional boxer David Feldman, BKFC is dedicated to preserving the historical legacy of bare-knuckle fighting, while utilizing a specifically created rule set that emphasizes fighter safety.  For more information, visit www.bareknuckle.tv.